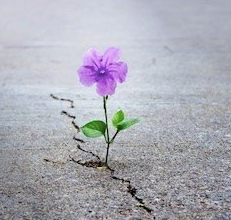 I was a child of the sixties, and grew up in a household centered around the Holy Catholic Church and Pabst Blue Ribbon beer. My parents were children of the Great Depression; they learned that life means do without, stretch a dollar, work hard, and drink harder. I was their first child, born to them when they were still young, tragically beautiful, and very much in love. When I was a little girl I would shyly study my mother’s face … her wide eyes, long eyelashes, full red lips. She was clearly a movie star in hiding. I wondered what she was doing in this little life, in this house on North Marion Street, with its linoleum kitchen floor and one parched sapling in the front yard. Even at five, I knew she’d been miscast. Through the years, five more babies, and alcoholic chaos, it became an undeniable fact: my mother belonged in a different movie.

As the oldest daughter, I took on the job of laugh inducing peacemaker. Lots of oldest daughters have that role. My brother, two years younger, was mother’s tenderhearted caretaker. We spent our childhood together in the family foxhole. Nothing will bond siblings like friendly fire. It’s a sort of hellish, heartbreaking love that no one else knows. No one. But at the time, it was our family’s brand of ‘normal,’ so imagine my surprise when, years later, I learned that some families have no foxhole at all.

I lurched through the decades, reinventing myself over and over, determined to be whoever those claiming to love me told me I was. It took over forty years, and one spectacular betrayal for me to stop, and turn my attention to the whisper of truth. It was there all along, but I hadn’t heard it before, because I wasn’t ready. Not only had I become ready, I threw up the white flag of surrender. I’d run out of things to try, people to be. And I was exhausted.. All I had left was me. When I finally gave into myself, it felt like declaring bankruptcy.

I remember the date. May 12, 1991. My attorney’s call that morning woke me up. She was calling to let me know the divorce was final. She’d used the word, “Congratulations.” I got off the phone, and laid in bed, waiting. I didn’t know what to expect, but I thought surely I would feel … something. Relief? Excitement, maybe? All I got was silence. I threw off the covers, walked into the bathroom, and stared in the mirror. I looked into my own eyes, searching for … someone. Who will I be now? I whispered. I had no idea.

Ever since I was a tiny girl, there’s been … something … like a tiny thread … woven deep inside me. Piled over with years of Catholic school, alcoholic parents, sweet babies, abusive marriage, broken dreams … you’d think that thread would have broken, or suffocated, or disintegrated. It never did.

Like a flower finding its way to the sun through a crack in the stone, that shimmering little strand found its way back to me.

The very thing I feared would be most difficult has become easy, feels natural. Coming home to myself is simple, and honest. I am moving back toward the center of someone I’ve always known. It warms my heart, settles my belly, and brings perspective into sharp focus. I know where home is now. And I see that I was right here all the time.